I’ve been rereading Lion Woman, a marvellous novel by my favourite Norwegian novelist Erik Fosnes Hansen.  It’s not available in English as yet so I read it in French, but if you can read any Scandinavian or European languages you have an excellent chance of getting hold of it, and if not you’ll have to do with one of EFH’s novels that are translated into English: Psalm at Journey’s End and Tales of Protection – both are brilliant.  Anyway, while my French copy was hanging around my flat, in a moment of idle curiosity I did a thing I rarely do: I took the jacket off to see what was underneath.

Here is the book dressed: 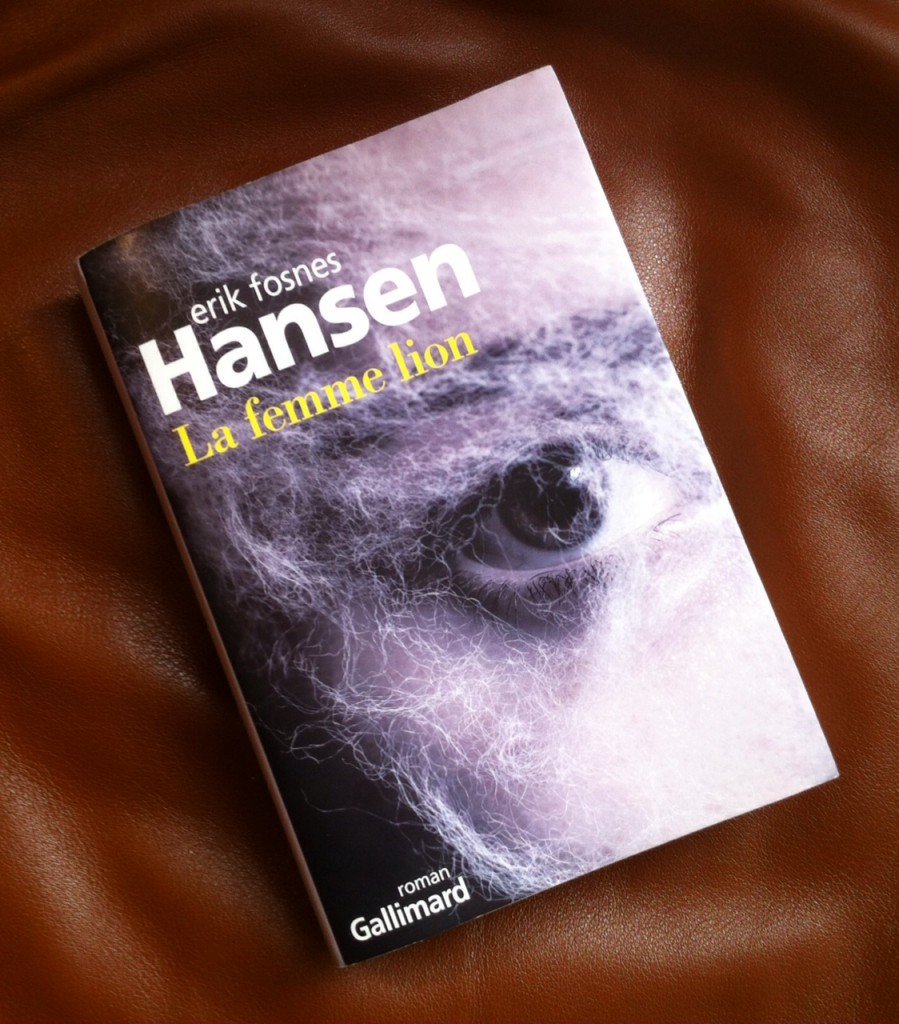 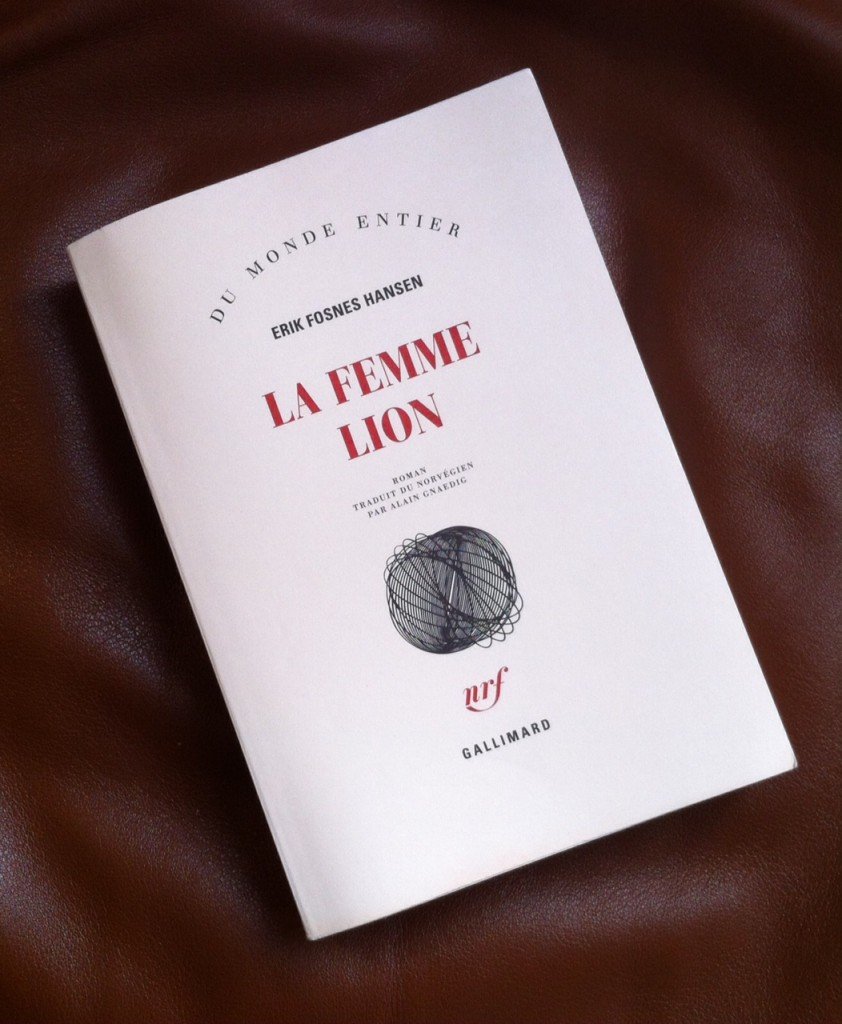 French literary publishers have a long tradition of presenting their books to the public in what to British and American readers seem to be rather boring covers.  The uniform and unillustrated jacket style came about for a reason: historically publishers could assume that readers were an educated lot who read the literary press, kept up to date with what was going on in the world of letters, and were therefore so knowledgeable about authors and books that they didn’t need the cover to inform or persuade them. They already knew what they wanted.  That’s how the thinking went. 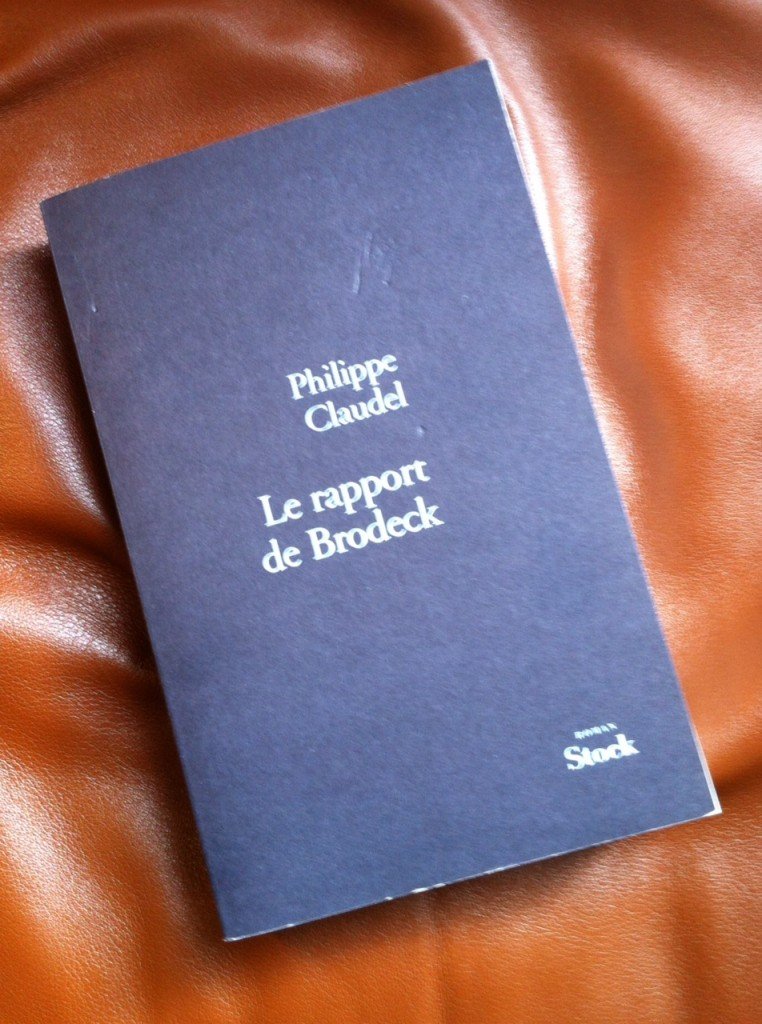 For some readers I suspect the sobriety of the jackets worked as a form of flattery: the unadorned covers were testament to their seriousness and intelligence.  (There is a form of intellectual snobbery that looks down on colour and image.)

But time went on.  We entered a more visual age.  Reading had to compete with new forms of entertainment.  Markets became more competitive.  The traditional publishers were loath to abandon the sober style that had become a recognisable part of their identity among their long-term loyal readers, but knew they had to reach into a new market too.  Hence the new style: an illustrated and often very colourful outer jacket (sometimes just a band) and underneath it the ‘old style’ plain and lettered cover.

When I was a student and then an academic I used to shelve my French books separately from my English ones.  My French shelves with their serried ranks of black, charcoal and cream spines looked smart, formal and verged on the stiff.  They would have looked very fine in the home of a chic minimalist.  My English shelves on the other hand were full of colour, all jumbled together. 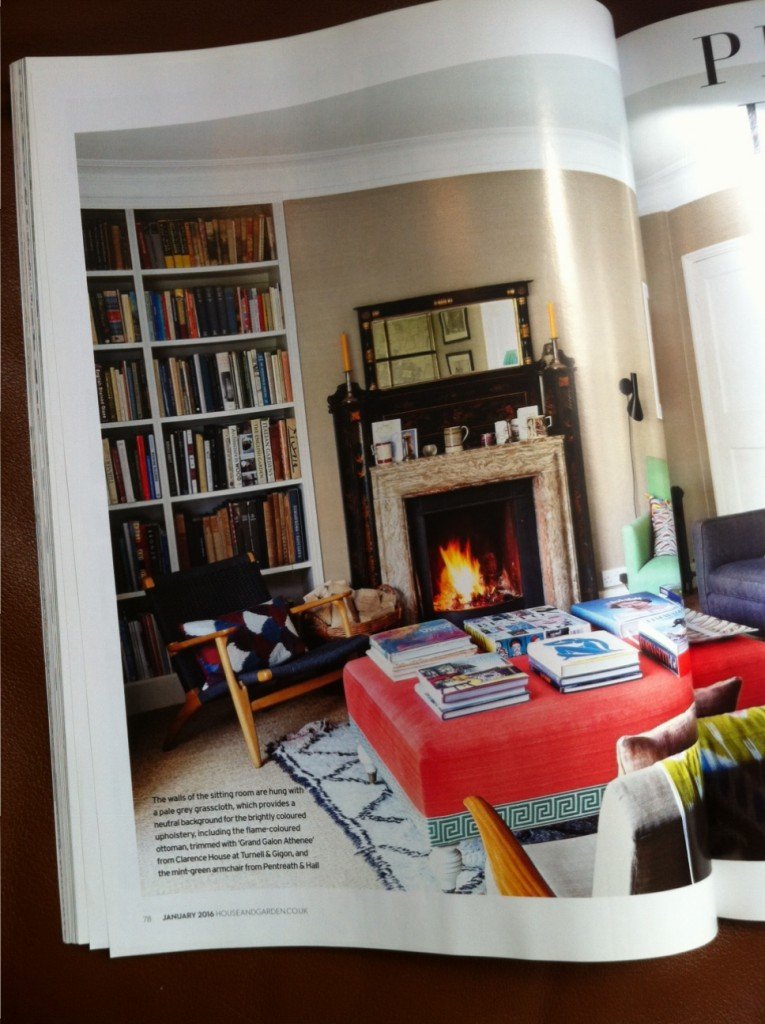 In the interior design magazines that are the guilty secret of my reading life, I often notice photos which feature graceful ivory tomes left lying on side tables beside vases of flowers.  I squint and peer until I can figure out the – usually French – title.  This, in the homes of people who are most unlikely to be French readers!  The books are not there to be read, but are stylists’ props, used for their elegant, ‘goes with everything’ aesthetic.  Old rectories and parsonages with their Country House look go the other way: English books, all in different colours that don’t necessarily go, but that en masse produce an effect of relaxed warmth that is an essential part of the charm.

I love both styles.  The colourful images on books produced for the English speaking market have a more immediate attraction but I am very drawn to the elegant sobriety of the old fashioned French literary volumes.  The typography is endlessly fascinating in itself: when illustration is absent and colour is kept to a minimum, the delicacy of a serif, the weight of a ball terminal are seen to have a grace that is truly beautiful.  I have a geeky side that means I can gaze at a lovey ampersand for sixty minutes on end and not get bored.

Here’s a true classic (Penguin, 1949) where monochrome and lettering come decoratively together: 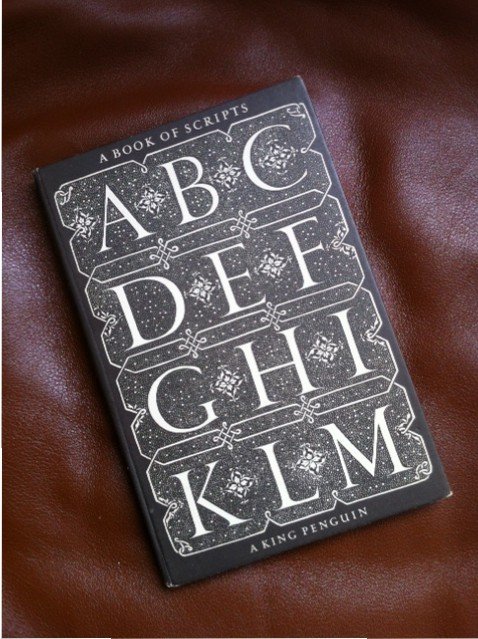 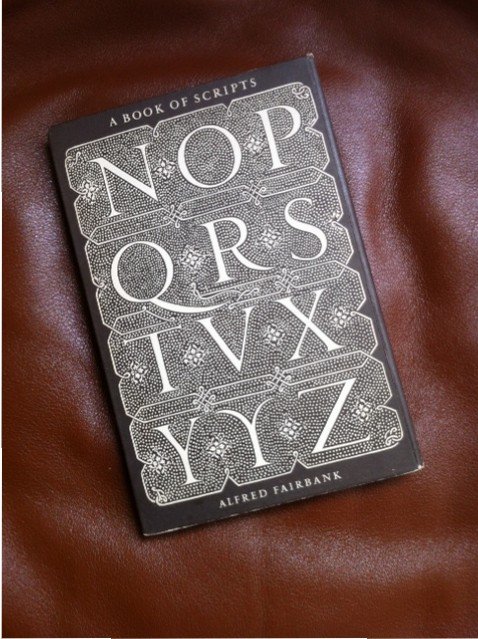 I started to wonder: do we in the English speaking world do truly plain books?  My first thought was of the Everyman hardbacks.  In recent years you can see a parallel development there to what has happened in the French market.  Here is an older Everyman Dickens: 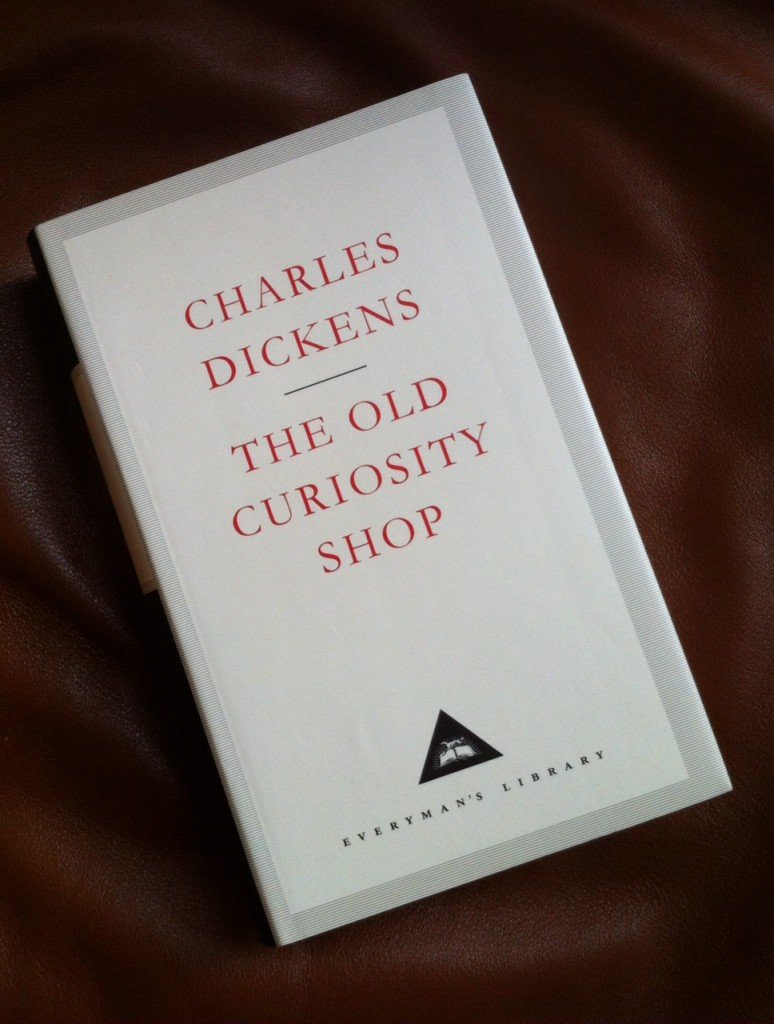 and here is a new one: 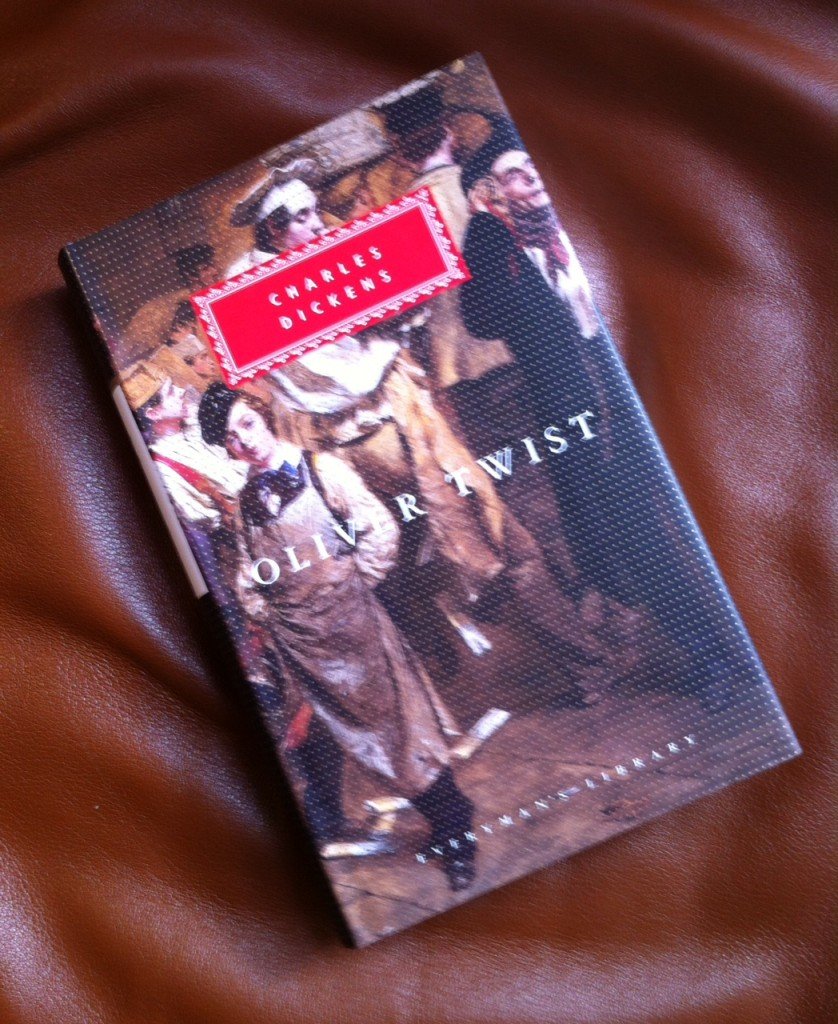 Undressed, they both look the same: 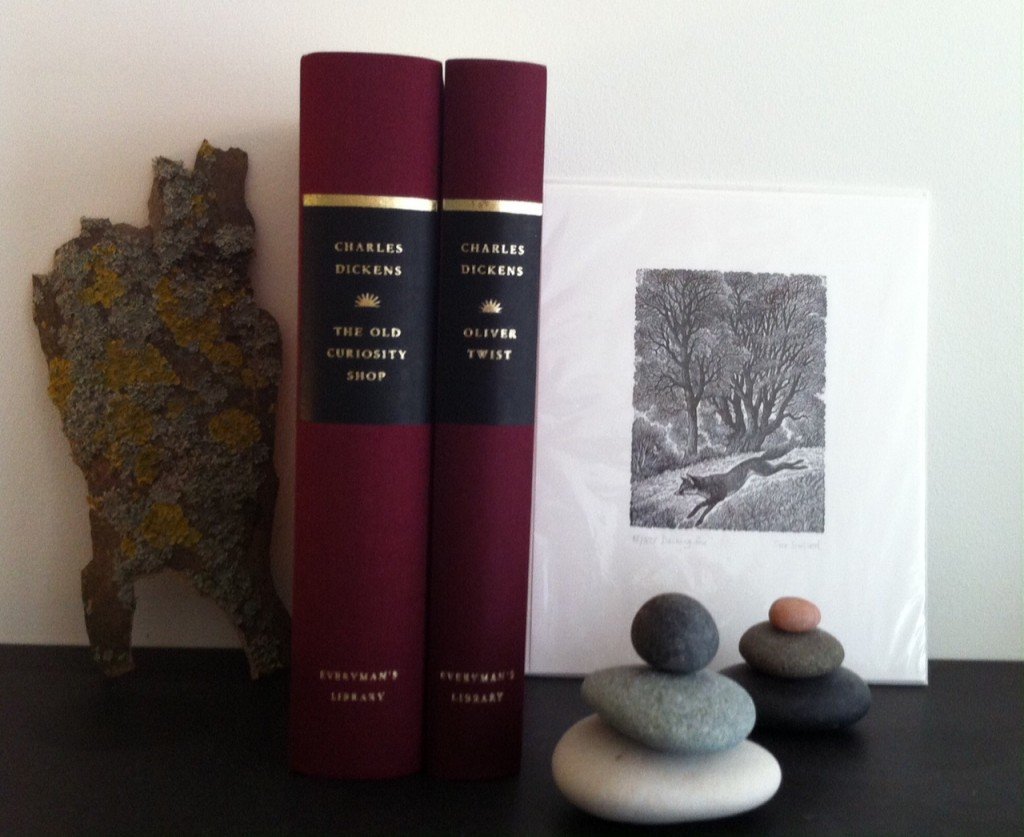 And then there is the brilliant, delightful and utterly-fantastic-in-every-way Persephone Press.  Look at this pared down and oh-so-French-looking tome: 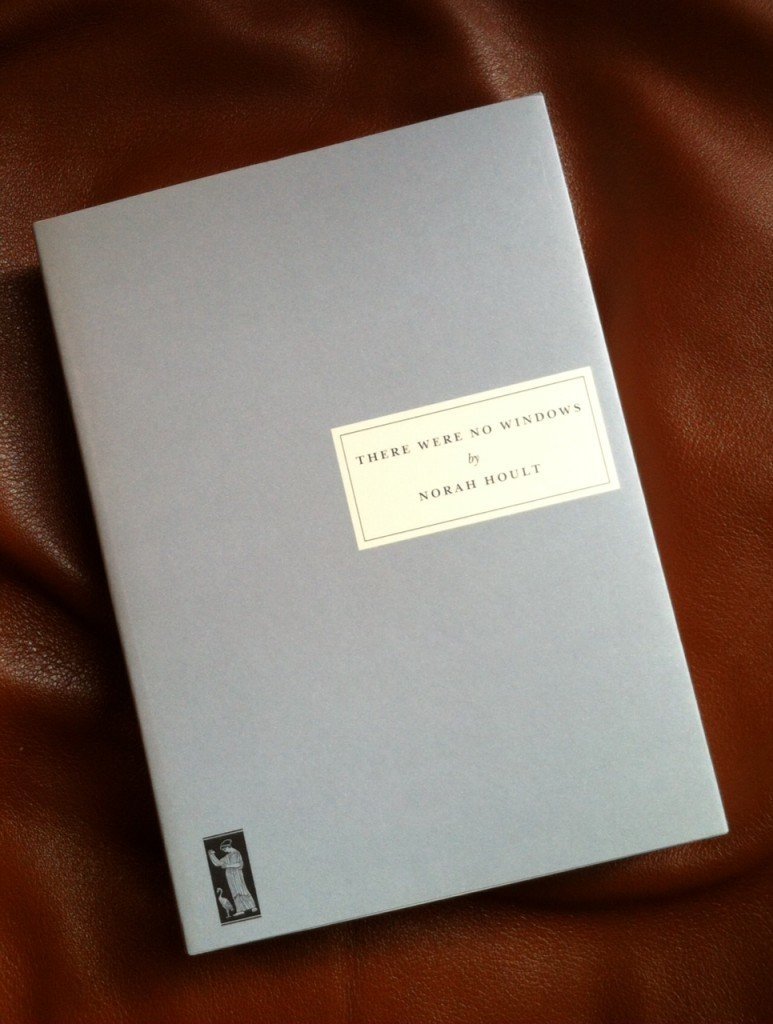 Inside, by contrast, it has these totally bonkers and very English endpapers: 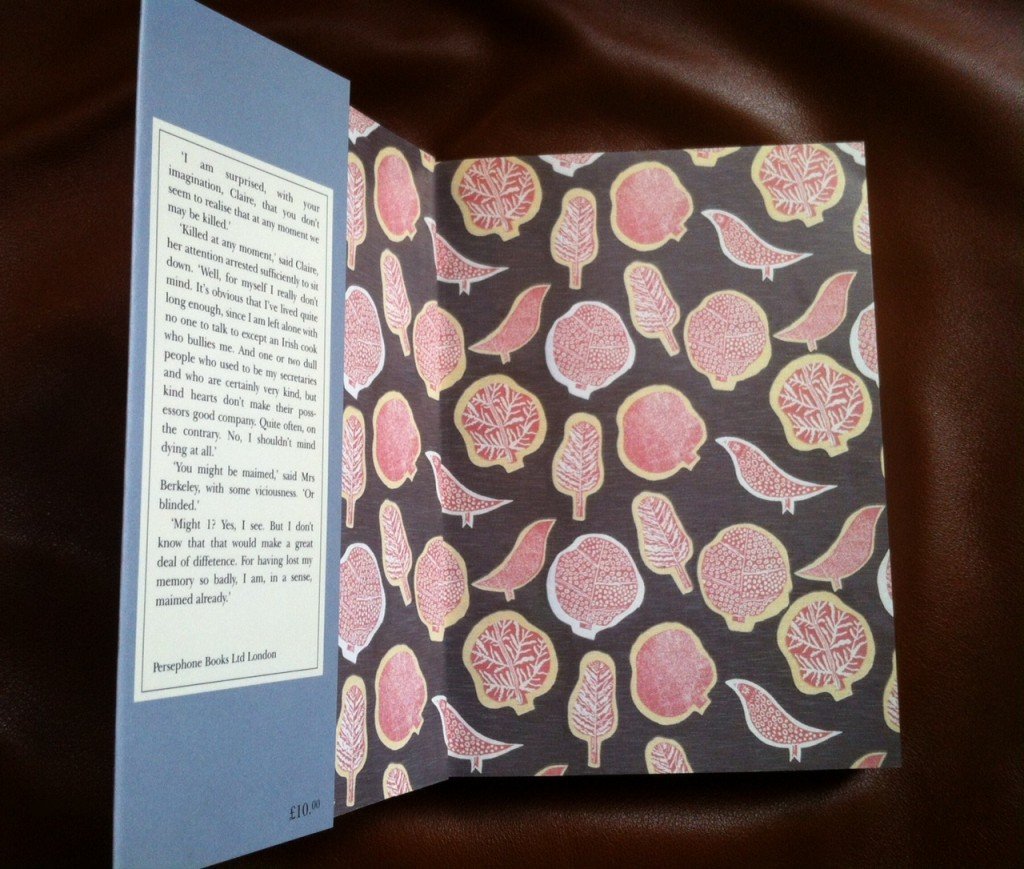 Every book also comes with its matching bookmark – how about that for genius? 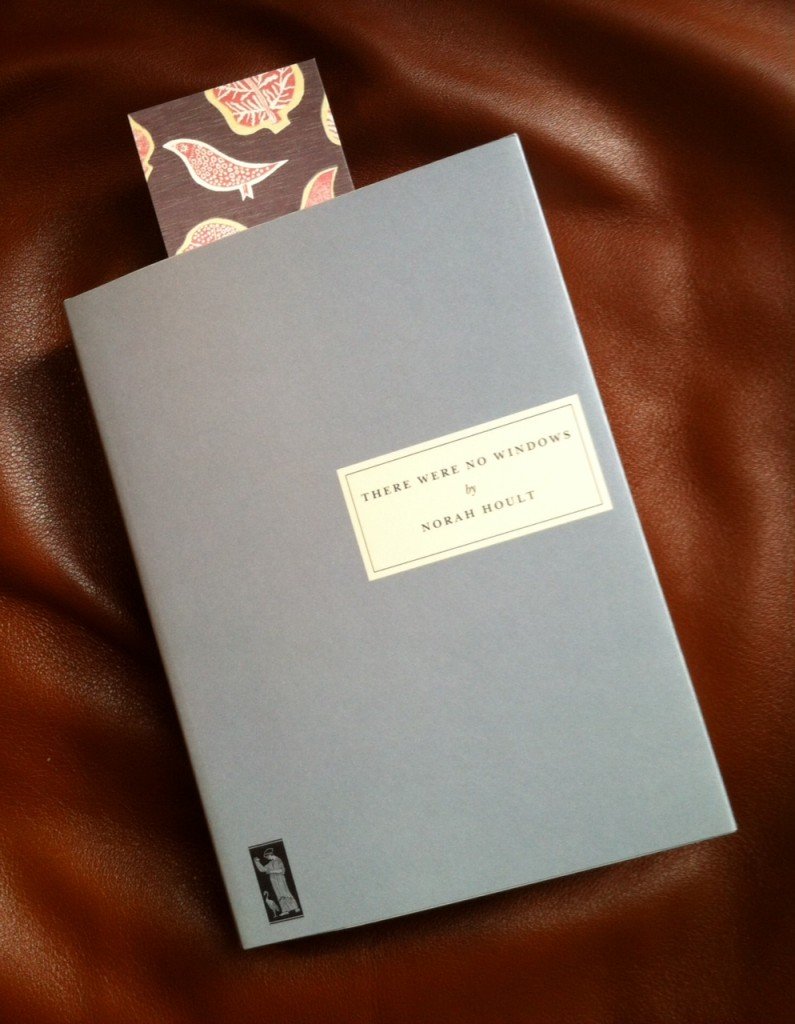 (By the way, in case you don’t know them, Persephone books are as glorious to read as they are to look at.  You can find out all about them here: www.persephonebooks.co.uk)

The final thing I found on my bookshelf that I would call plain English, are the twin Penguin hardbacks that I couldn’t resist last year when I was supposed to be on a book buying go-slow: 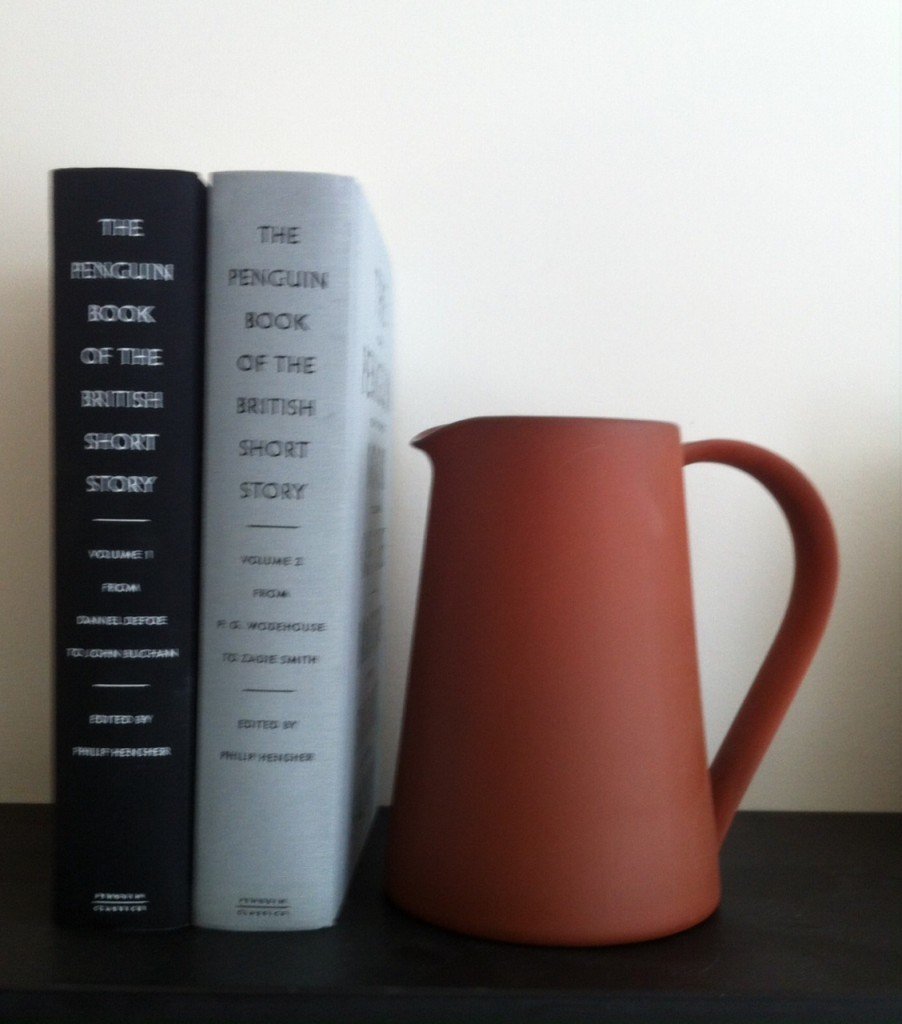 Sans serif typeface, black and grey cloth cover – oh, what could be finer?

We live in a competitive world where books have to fight for our attention in the bookshop windows, and every author wants their book to be the one that stands out on the shop floor – but my bookloving heart says: long live the plain cover!

3 thoughts on “Books, dressed and undressed”